← Back to the blog

A generally stable economic outlook, low-interest rates and a bounce in buyer confidence mean that 2020 is shaping up to be a great time to sell your home, especially if you’ve been holding off for better market conditions.

Melbourne recorded a 6.4 per cent increase in dwelling values over the quarter to November 2019 – making it Australia’s best-performing capital city. As the fastest growing city in Australia, there is ongoing demand, especially for homes in prized suburbs within 20 kilometers of the city.

Like elsewhere across Melbourne, the recent downturn in prices affected the Inner West. However, compared to Melbourne’s southern and eastern suburbs, which experienced significant drops in both house and unit prices, values in the Inner West held reasonably steady.

Prices in eastern suburban local government areas like Boroondara, Whitehorse and Manningham suffered 10%+ losses in median values whereas Maribyrnong (which takes in Footscray, Yarraville, Seddon, Kingsville among others) dipped by just 1.6%.

Here’s a rundown on how some of the more prominent inner western suburbs have fared, according to REIV figures: 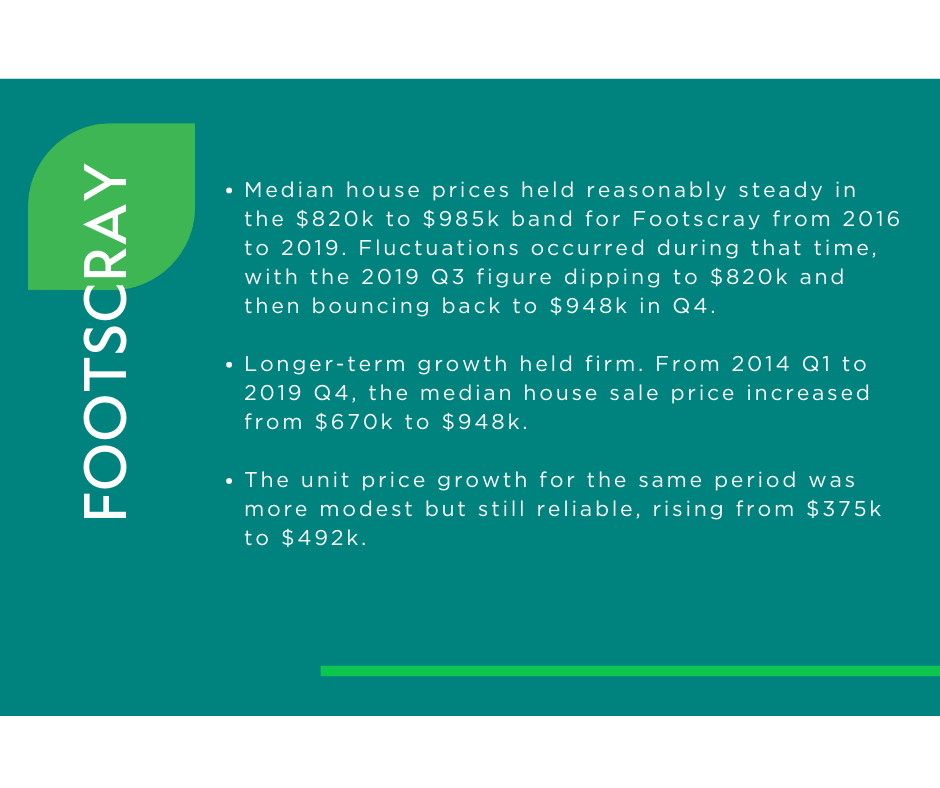 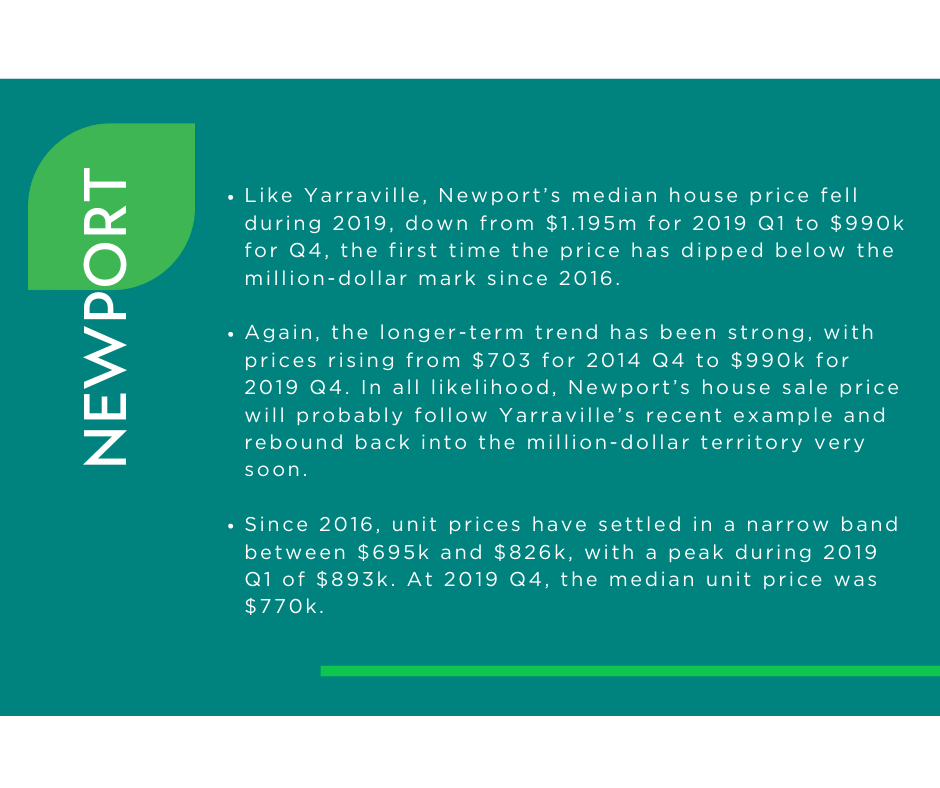 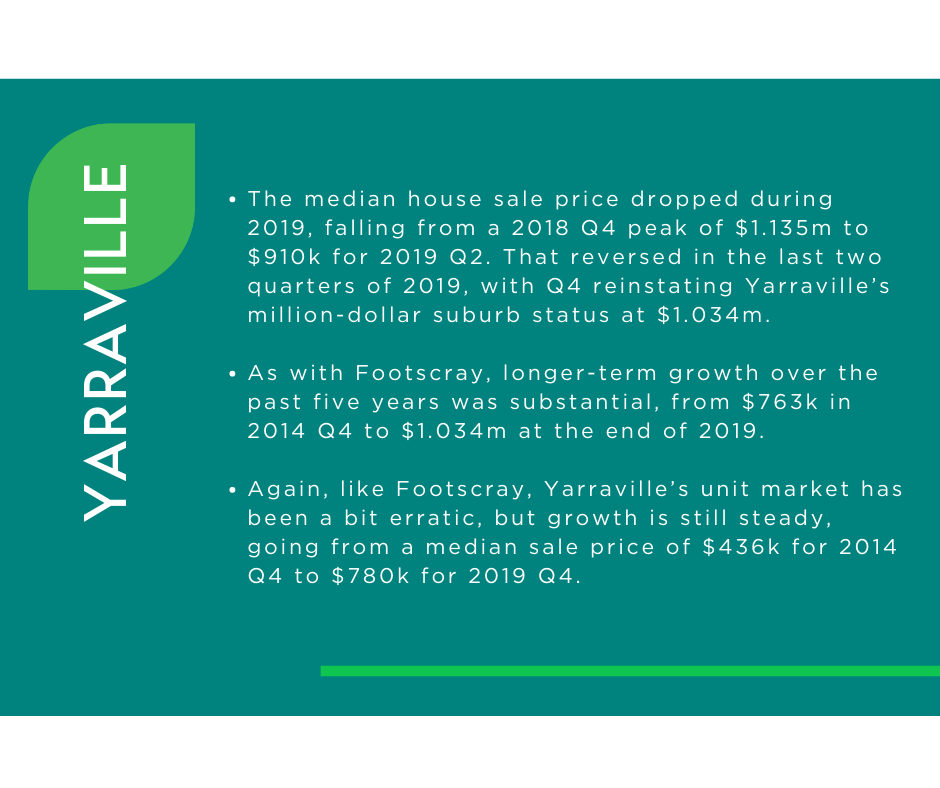 Properties in the Inner West have generally held their value despite the downturn, with buyers continuing to be attracted to the area’s amenities, lifestyle and services. Median house sale prices for these four suburbs have continued to be higher than the broader Melbourne metro sale price figure. For potential vendors, now is the perfect time to look at selling and for prospective buyers, the medium to long-term gains from buying in the area should remain substantial.